What Is an Annuity and How Do These Retirement Funds Work?

If you have a 401(k) and a Roth IRA, you might feel like you’re on the right track for retirement.

You’re not wrong. But you might not be doing everything you can to set yourself up for a long, comfortable life after work.

If you live significantly longer than you expect or incur unexpected expenses in retirement, you run the risk of outliving your savings. And don’t count on Social Security to make up the difference. It probably won’t be enough to maintain your standard of living.

An annuity might offer a partial answer. By providing guaranteed income well into your golden years, it could be the safety net you seek. But first, you’ll want to make sure it’s right for you.

What Is an Annuity?

An annuity is an agreement — a contract — where one party agrees to make a series of payments of a certain amount of money to the other party for a predetermined period of time.

Annuities have existed since antiquity. In the 21st-century United States, they’re generally underwritten by life insurance companies for the benefit of individual contract owners, called beneficiaries.

Annuities are designed to insure the beneficiary against the risk of outliving their income. If your retirement savings and Social Security entitlement provide only enough income to support you until you’re 85, an annuity ensures you’re comfortable for your remaining years — whether you make it to 90, 95, or beyond.

An annuity is guaranteed to pay out at least a certain minimum amount at an agreed-upon frequency, typically monthly, quarterly, or annually. These payments continue even after they exceed the total amount you paid into the contract, plus any accrued interest or gain. However, some annuities have finite terms, meaning payments stop after a certain number of years.

Regardless of term length, all annuities are long-term investments best suited for producing retirement income. Payments typically don’t begin until you’re well into your golden years, and you’re not allowed to withdraw funds from an annuity without penalty until you reach age 59 ½.

Depending on the terms of your annuity contract, you can make either a lump-sum payment or a series of payments into the contract. The insurance company uses your payment or payments to purchase accumulation units — basically, shares of the annuity — that accumulate and grow over time.

In some cases, you can begin receiving annuity payments from your insurance company right away. More often, you’ll wait until you hit a predetermined age set by the contract.

The longer you defer payments, the more time your money has to grow. During the deferral period, you can access the money you paid into the annuity under certain circumstances, but you may incur a penalty for withdrawals made before age 59 ½.

Before you can receive any payments, the insurance company must convert your accumulation units into annuity units. This event is known as annuitization.

After annuitization, you no longer have access to the lump-sum amount you paid into the annuity. On the bright side, you’re now entitled to receive guaranteed income for the rest of the contract’s term.

How to Buy an Annuity

You can buy an annuity contract directly from an insurance company or inside a tax-advantaged retirement plan, such as an IRA or qualified plan. In either case, you need to make your initial payment and any subsequent payments by check or electronic transfer.

You can also buy into an annuity through a 1035 exchange, which is a tax-free transaction that converts an existing annuity or cash value life insurance policy into a new annuity.

Although there are many types of annuities, all annuity contracts are alike in several respects.

Once annuitization occurs, you can generally choose from several payout methods. Refer to your annuity contract for specific information about your options:

How Annuities Are Taxed

Your annuity contributions grow on a tax-deferred basis unless you withdraw them before turning 59 ½. If you withdraw before that point, you’ll pay a 10% tax penalty on the withdrawal amount, plus ordinary income taxes on interest or gains. You don’t pay tax on annuity principal withdrawals.

After age 59 ½, annuity distributions are subject only to ordinary income tax on the interest or gains they earned.

Annuities take several different forms. These are the most common.

Before entering into an annuity contract, carefully read the agreement and fine print. Insurance agents and financial advisors who sell annuities often operate on commission, meaning there’s no guarantee that the contract is in your best interest. If you’re not sure, have an insurance attorney or fee-only fiduciary advisor review it.

This is the simplest type of annuity. You make a single lump-sum payment and receive your first payment within a year. Payments continue for the length of the term — anywhere from five years to the year you die.

Because your money has less time to grow in an immediate annuity, the minimum investment is steep — typically at least $25,000.

A deferred annuity promises periodic or lump-sum payments at some future point in time, often decades after the contract begins. The initial investment is smaller than an immediate annuity — as low as $2,500 to $5,000, depending on the issuer.

In the meantime, the value of the payments you’ve made to date — your principal — grows based on the contract’s structure. How this growth occurs depends on the type of deferred annuity you choose:

A nonqualified annuity is an annuity funded with after-tax dollars — dollars you’ve already paid taxes on. If you buy an annuity directly from an insurance company outside of a tax-advantaged account, it’s likely to be nonqualified.

Guaranteed income in your later years sounds great, and it is. But annuities are complicated and have some notable drawbacks too.

Annuities have powerful tax advantages and promise long-term income with few conditions. They have some other notable benefits too.

Annuities’ downsides include hefty fees, costly surrender charges for early withdrawals, and a long time horizon that may not be suitable for all investors.

Still have questions about annuities? We have answers to some of the most common queries about this type of long-term investment.

How Much Do Annuities Cost?

Before you begin receiving payments, much of your annuity’s cost is the amount of money you put into it, or principal.

In either case, you can count on getting this money back. Or, if you die prematurely, your survivors will get it back. So it’s debatable whether principal payments qualify as a true “cost” for annuity investors.

Annuities do have plenty of actual expenses, however:

These aren’t the only fees you might pay as an annuity owner. Carefully review your contract for other line items, like distribution fees, third-party transfer fees, and underwriting fees.

How Are Annuities Taxed?

Annuities grow on a tax-deferred basis. You don’t pay any tax on the value of your annuity or its gains if you don’t make withdrawals.

Once you do make withdrawals or take distributions, the principal portion is not taxed. The remainder is taxed at the ordinary income rate, not the lower capital gains rate.

If you do make a withdrawal from your annuity or cash it out entirely before age 59 ½, you may have to pay an additional 10% tax penalty. However, your contract may allow you to withdraw a portion of the annuity without penalty each year.

Can You Cash Out an Annuity Early?

Yes. But if you cash out too early, you could face hefty penalties and fees.

If you cash out after 59 ½, you won’t have to pay the 10% tax penalty, but you’ll still pay income taxes on the taxable portion.

In either case, you may also have to pay a surrender charge if you cash out during the surrender period. You won’t pay taxes or fees on principal withdrawals, however.

What Happens to an Annuity if the Stock Market Crashes?

It depends on the annuity type.

If you have a fixed annuity that offers a guaranteed rate of return regardless of what happens to stocks, you can safely ignore the market’s ups and downs.

If you have an index-linked annuity, stock market movements can significantly affect the value of your contract. The good news is that annuities generally have built-in principal protection, which means the contract’s value can’t decline below what you put into it. In the absolute worst-case scenario, you won’t earn any income from the contract, but you can still recover your principal.

What Happens to My Annuity if I Die?

It depends how it’s structured.

If you have a joint annuity with a spouse or domestic partner, you can structure it so that your partner continues to receive payments after your death. Likewise, a period-certain contract transitions payments to your heirs if you die during the guaranteed payment period.

In most cases, you can also add a death benefit rider to your contract to ensure your heirs continue to receive payments if the contract still has value after you die.

An annuity sounds like a great deal. It offers the promise of long-term or lifetime income that could even outlive you. Although the contract’s gains could evaporate if you’ve chosen riskier investment options, your principal is protected even in a worst-case economic scenario.

Well, as long as the issuing company remains solvent.

But annuities aren’t for everyone. They come with high fees and commissions, and the investments underlying them aren’t always properly diversified. If you’re young, historical stock market returns suggest you’d be better off investing in a diversified stock and ETF portfolio with alternatives like real estate and bonds thrown in at the margins.

Before investing in an annuity, consult a fiduciary financial advisor to make sure it’s the right move for you. It could be — but don’t just take the word of the person selling it, who stands to make a hefty commission off your decision.

Invest Money What Is a Fixed Annuity - Definition, Pros and Cons 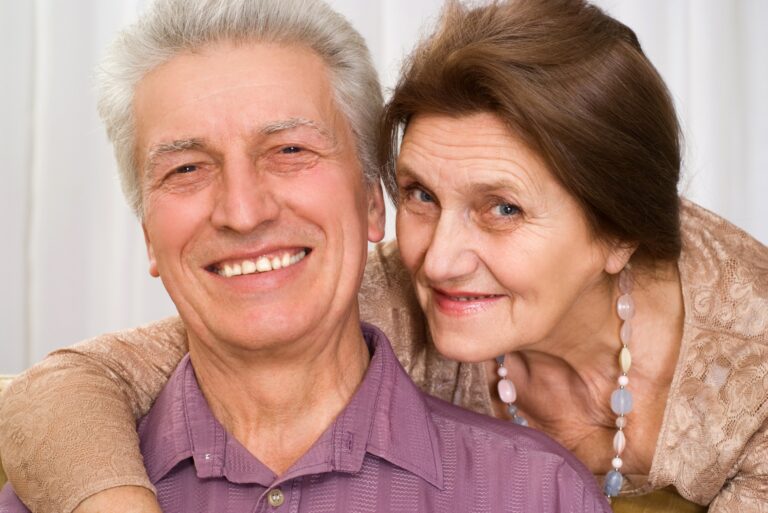 What is a variable annuity?

What are the different types of annuities?

What are deferred annuities?