Life After Divorce – Advice on How to Cope and Move On

According to government statistics, there were more than 4.2 million divorces between the years of 2006 and 2011, about half the rate of marriages in the same period. Statistically, about 40% of first marriages end in divorce, while almost three-quarters of third marriages fail.

Divorce is often costly, and can be devastating for all parties involved – partners, children, parents, and grandparents. According to the Holmes-Rahe Social Readjustment Rating Scale, only the death of a spouse is a more traumatic, stress-causing event; divorce is more stressful than separation, a jail term, the death of a close family member, or a personal injury or serious illness. Fortunately, time does heal all wounds, and understanding the healing process can help speed the path to recovery.

Going Through the Grief of Divorce

Many counselors believe that divorcees go through the five stages of grief that are also experienced after a loved one dies. The stages, first enumerated by Elisabeth Kübler-Ross in her book “On Death and Dying,” include:

To progress through the stages of grief, eventually achieving acceptance and even forgiveness, you must reconcile certain feelings before moving forward and rebuilding your life. Dr. Phil McGraw, the widely respected psychiatrist who gained fame as Oprah Winfrey’s adviser, details the variety of emotions that most people feel during and after a divorce in his bestselling book “Real Life: Preparing for the 7 Most Challenging Days of Your Life.”

Moving On After Acceptance

As soon as possible, even during divorce proceedings, it’s important to take steps to rebuild a sense of confidence and restore the “old you,” even if your ego is battered and bruised. You should remember that you are a valuable, unique person with much to offer, and adventures yet to come. You deserve to experience happiness – and with effort and determination, you will. Humans are surprisingly resilient, and there’s truth in the adage that time heals all wounds.

Your first responsibility is to yourself, even if you’re a parent. If you’re not emotionally strong, you can’t deliver emotional strength to others, including your children. Achieving a positive state of mind – what some have termed “getting your head on straight” – is critical when moving on with your life.

Experts recommend three strategies to facilitate healing after a divorce:

Heed the advice of Jennipher Cole, a marriage and family therapist with the DePelchin Children’s Center in Houston: “You’re dealing with a lot of grief and personal feelings. But always avoid criticizing the other parent in front of the children.” While it might make you feel good now, it can have long-term consequences for your children.

Family and divorce expert M. Gary Numan advises that divorced spouses manage their behavior to avoid emotionally destroying their kids. In particular, divorced parents should not communicate through their kids, try to make kids their therapist or ally by sharing divorce details or accusations against the ex, or force children to compartmentalize their lives when with each spouse. Fortunately, most children of divorced parents, given the proper nurturing, rebound quickly to resume a happy childhood.

Unfortunately, divorce often leads to financial hardships of both divorced parties, especially women who have been non-working housewives or mothers. Experts suggest that the loss of income following a divorce can reduce standard of living by 30% to 40%. Assets that have been acquired together must be divided, and are often sold to raise cash, including shared property. Women are disproportionately disadvantaged, with one in five falling below poverty-level income after divorce.

Jeff Landers, president of Bedrock Divorce Advisors in New York City concurs: “It’s a lot more expensive to maintain two separate households and you’re having to do it on the same income.”

There is not an easy solution to meeting the financial needs of both parties after a divorce. While child support is mandated in every state, and alimony in some states, it’s rarely at a level where the spouses can maintain their previous standards of living after paying or receiving support. As a consequence, there’s added pressure on the spouse with custody of children to remarry as soon as possible to replace lost income, or the services provided by a non-working partner.

Statistically, however, second and third marriages are at greater risk of divorce than the initial marriage. For this reason, extra care should be taken during the initial divorce negotiations and proceedings to ensure that adequate funds are allocated to the support of children.

Family support is usually essential for the divorced parent who has child custody. This support might come through babysitting, the sharing of a home, or the supplementation of family income when necessary or possible. At the same time, the divorced parent should take steps to distinguish between necessities and luxuries – the items essential to a secure and happy life – rather than assets and expenses of temporary pleasures.

Most divorcees eventually decide to test the relationship waters again. There is no perfect time or set moment when such feelings should resurface, but bonding with other people, especially on an intimate level, is a human need.

In the the beginning, dating may feel scary. After all, it’s probably been a while since you worried about your dress, appearance, or behavior. It’s also natural to believe that morals have changed since your last dating experience, and that you’ll be expected to participate in intimate behavior on a first or second date. Don’t worry about it – this time is about you, not your date. You have the freedom, as long as you are civil and respectful, to behave as you want, not as someone else expects.

If you have children, you need to consider their feelings about seeing mom or dad go out on a date. Explain that adults, like children, have a variety of friends they need to socialize with. It’s not necessary for your children to be part of a relationship unless it develops into something serious. By the same token, intimate details of your relationship are best kept private.

In an ideal world, everyone would find his or her Prince Charming or Sleeping Beauty and live happily ever after. In the real world, people make mistakes, they change with time, and the stresses and strains of everyday life causes some marriages to fail. These occasions, while painful, don’t have to be disastrous, and can actually be opportunities for growth and new experience. For some, it’s a “do-over,” a chance to reflect, learn, grow, and move on. As Voltaire said, “Friendship is the marriage of the soul, and this marriage is liable to divorce.”

Have you been through a divorce? How did you make it through?

Marriage Why a Cheaper Wedding Can Mean a Better, Happier Marriage

Legal 10 Divorce Settlement Mistakes That Can Cost You & Your Family 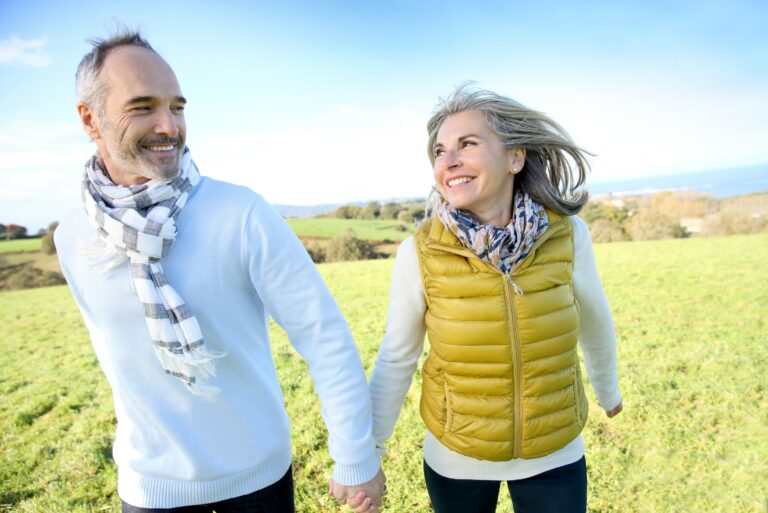 How much does a divorce cost?