Margaret Thatcher once famously said, “If you want anything said, ask a man. If you want something done, ask a woman.” Neuroscientists have reported that there are innate differences in the way men and women think, but that doesn’t mean men make better leaders, despite the fact that more men have secured top leadership positions.

Presently, there are roughly 22 female presidents or prime ministers in the world, and about a dozen women executivesat the helm of Fortune 500 companies. Getting to the top hasn’t been easy, especially for these top 10 women CEOs:

Chairman and CEO of Kraft Foods

As CEO of the world’s second-largest food company, Irene has been a leading voice in the industry for decades. She was CEO of Frito-Lay, where she helped emphasize healthy product choices before she was appointed CEO of Kraft Foods (NYSE: KFT) in 2006.

Under her leadership, the company has slowly revitalized itself. First, Kraft replaced AIG on the Dow Jones Industrial, and in 2009, the company purchased the long-established British brand Cadbury for more than 10 billion pounds.

Irene was ranked number six on the Wall Street Journal’s “50 Women to Watch” list in 2008, and tenth on Forbes’ “Most Powerful Women” list in 2011.

President and CEO of The TJX Companies

If you’re looking for a bargain, Carol Meyrowitz can help. The CEO of TJX (NYSE: TJX) has built the company around providing low-cost options to shoppers who seek everything from clothing to housewares.

Meyrowitz took over in 2007 and has developed retail brands including TJ Maxx, Home Goods, and Marshall’s into a $21 billion business. Meyrowitz may have started out as an assistant buyer at Saks, but she has since shown what can happen when you work hard to climb the corporate ladder.

Chairman and CEO of PepsiCo

Indra Nooyi joined PepsiCo (NYSE: PEP) in 1994 and was named CFO and president by 2001. She helped acquire Tropicana in 1998 and the Quaker Oats Company in 2001, and added Gatorade and more healthy foods to the company’s arsenal.

Pepsi has seen revenue rise by 72% since 2001, and Nooyi’s ability to restructure the company has allowed profits to double in the same time period. She was named CEO in 2007, and her keen interest in global strategy has positioned Pepsi as one of the largest international companies, surpassing Coca-Cola in market value for the first time in 112 years.

Nooyi was named the world’s fourth most powerful woman by Forbes in 2011. Also, Nooyi serves as a chairperson for the U.S.-India economic council and as a member of the Foundation Board of the World Economic Forum.

DuPont (NYSE: DD) is the largest food ingredient maker in the world, and the third biggest chemical company in the U.S. Even though it has existed for more than 200 years, CEO Ellen Kullman has not shied away from making big changes in a short amount of time.

After beginning her business career with General Electric, Kullman joined DuPoint in 1988 as a marketing manager. She was elected president in 2008 and CEO in 2009 by the board of directors, and quickly revolutionized the company, shifting the focus from oil-based chemicals to more high-tech areas such as green energy and biotech.

Kullman has invested billions of dollars into developing new biofuels and high-yielding seeds, and has seen huge returns on agriculture and solar cells. Under her leadership, DuPont posted a $1.75 billion profit on $26 billion of revenue, and has begun to hire workers after citing higher consumer demand. Kullman also serves as a member of the Board of Trustees for Tufts University.

Chairman, President, and CEO of WellPoint

You may know WellPoint (NYSE: WLP) better by its consumer brand: BlueCross BlueShield. In fact, one in nine Americans carries a BlueCross card in their wallet.

Wellpoint’s 2010 revenue approached $60 billion, and the company employs around 37,500 people. According to WellPoint.com, since becoming CEO in 2007, Braly’s focus has been on “creating the best healthcare value by making healthcare fundamentally more affordable, providing access and guidance to the right care, and advocating healthy living.”

Braly is a wife and mother of three: two sons and a daughter. She told USA Today in a 2007 interview that she would have to work hard to balance work and family. “The balance doesn’t come every day, but you do it over time,” she said.

Chairman and CEO of Xerox

Ursula Burns has an incredible rags-to-riches story. She grew up in a New York City housing project in a single mother household. She started at Xerox (NYSE: XRX) in 1980 as a mechanical engineering intern, working her way up the ranks. She helped prevent the company from filing bankruptcy in 2001, and eight years after that become CEO, the first-ever African-American woman to take such a position at a Fortune 500 company.

In a letter to shareholders, Burns laid out the progress she’s made, most notably acquiring Affiliated Computer Services and its 77,000 employees. She has worked hard to make Xerox a sustainable and profitable company.

Chairman, CEO,  and President of Sunoco

Lynn Elsenhans took the job as CEO of Sunoco Inc. (NYSE: SUN) in 2008, and made incredible progress in terms of the company’s profitability.

“The partnership had a record year in 2011,” said Elsenhans in a company news release. “The West Texas crude oil market and developing shale production areas provided many opportunities for us to optimize our assets to generate additional cash flow. In addition, we continue to grow our rateable business, which was up 14% year over year.”

Elsenhans stepped down as CEO in early 2012 after thriving in a male-dominated industry. She was the only woman on the Fortune 500 list in charge of an energy company.

Of all the women on this list, Patricia Woertz runs the largest public company, Archer Daniels Midland (NYSE: ADM). A graduate of Penn State University, Woertz always set her sights high, eventually landing a top position in an industry that is male-dominated. Even after being told that having kids would ruin her career, she found work life balance, raising three children through 80-hour work weeks and demanding travel schedules.

According to Business Week, Woertz went into labor with her second child during a meeting, then proceeded to drive herself to the hospital. Her company’s website, ADM.com, states that Woertz has led the company to record financial results while improving sourcing, transportation, and processing networks. She has also made safety and sustainability a top focus.

In 1989, Laura J. Sen became an Assistant Vice President of BJ’s after many years at Zayre, a discount chain based in Massachusetts that founded BJ’s Wholesale. In 1991, she received a promotion to Vice President and Logistics Director. Her promotions continued every couple of years until 2003, when she left the company to work as an independent consultant.

However, her leave was short. In 2007, Sen returned to BJ’s, and two years later become CEO of the company. She is very active in the retail industry, and in 2011 was appointed to the Board of Directors for the National Retail Federation.

Chairman and CEO of KeyCorp

Beth Mooney knows that being the first female CEO of one of the biggest banking companies in America, KeyCorp (NYSE: KEY) comes with more responsibility than the job description may claim.

In a recent speech at American Banker’s “Most Powerful Women in Banking” event, Mooney said, “When I started in the business, we acted like we belonged – and now we do. I get asked, what does it feel like to be first woman CEO of a top 20 U.S. bank? I feel tremendous notoriety and frankly I have been surprised by that. But it also comes with a tremendous obligation. I am grateful for those who blazed the trail before me, but also am conscious of serving as an example for those who want to come after me – and I take that seriously.”

Leaders like these 10 ladies have done their best to pave the way for women in business. Whether or not you agree with their business practices, we can all agree that they have come a long way, and their journey is inspiring. Set your goals high, follow business advice from those who have found success, and you could become the next woman to end up in a top corporate seat.

Do think women will continue to increase their presence as CEOs of major corporations? Why do you think it has taken so long for women to be hired to lead companies? 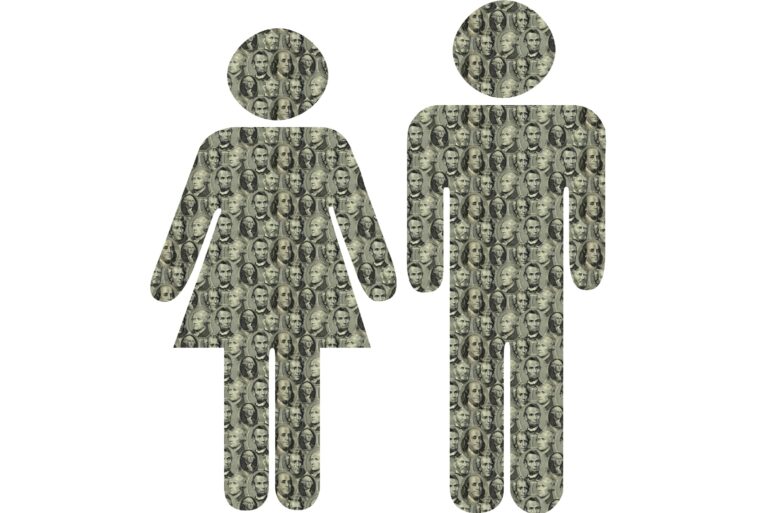 Invest Money Men vs. Women - How the Sexes Differ in Their Psychology of Investing (Survey)

Manage Money Men, Women & Money - How the Sexes Differ With Their Finances 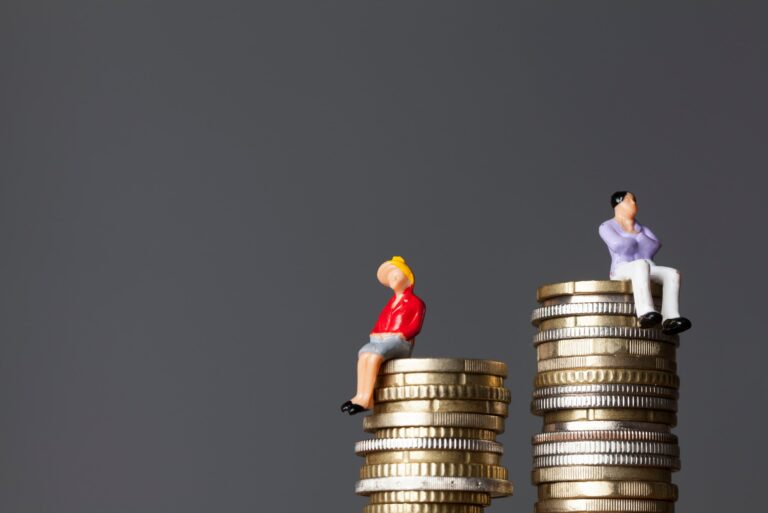 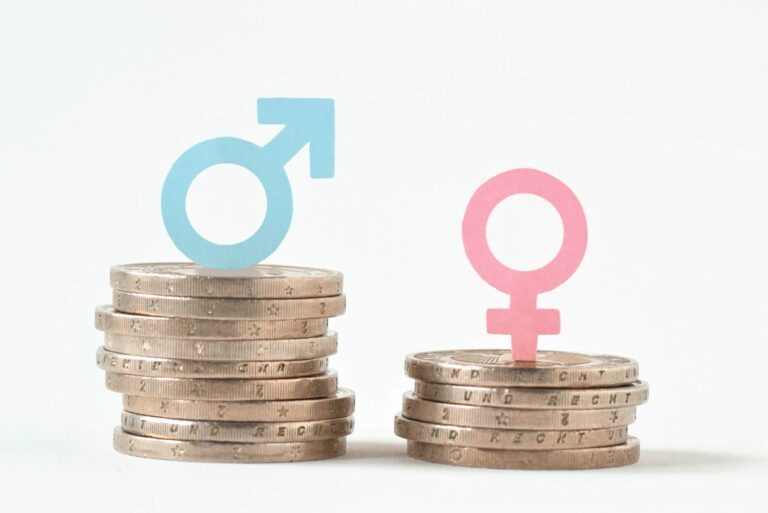