6 Reasons Why I Stopped Extreme Couponing

When people talk about the practice of extreme couponing, they throw a lot of numbers around about how much you can save on your grocery bill, and how much stuff you can get for free. However, what isn’t stated is how much time they have spent on the practice. You probably also won’t hear about the fact that a lot of the “savings” come from buying products that aren’t needed, wanted, and that probably should not be purchased.

How do I know all of this? Because I was an extreme coupon shopper myself from 2007 to 2010 – but I haven’t cut a coupon since.

Why I Stopped Extreme Couponing

Extreme coupon shopping typically involves combining store sales with manufacturer coupons to get items for free or very cheaply. In many cases, you can use not only store and manufacturer coupons, but “money-off” coupons as well (such as coupons that offer $5 off of a purchase of $20 or more).

When I was a coupon shopper, the goal was always to get enough into an order to use a money-off coupon. However, the goal wasn’t just to buy products – the goal was to use the coupons to get products for free. Often, I’d shop at drugstores like CVS, Rite-Aid, and Walgreens, which are prime retailers for extreme coupon shoppers. This meant buying things like diabetes monitors, toothpaste, and cold medicine.

These items (especially diabetes monitors) often can be acquired for free with coupons – the monitors are free because the test strips are expensive, and the manufacturers want to get you hooked.

The problem, of course, is that I didn’t need the items I was buying. The coupon craze created an incentive to buy unnecessary goods. While I could resell them (and sometimes did), they often sat on shelves in my house for weeks or months, taking up space. The acquisition of these unwanted free items also made it seem like I was saving a lot more than I actually was. Often, when you hear about people getting $500 worth of stuff for a few dollars, they are buying whatever is free without concern for whether the products are useful.

Another major problem with extreme coupon shopping is that to maximize your savings, you are limited to buying items that are on sale or that coupons are available for. The problem with this is that the same items go on sale and have available coupons week after week, which can lead you to buy these items repeatedly. Some people claim to save hundreds or thousands of dollars – however, these savings sometimes come from buying 20 tubes of toothpaste or 15 boxes of Rice-a-Roni.

Extreme coupon shopping typically goes hand-in-hand with stockpiling, which is the purchasing of a large quantity of a single item when combining coupons with a store sale to make the item free or significantly reduced in price. For instance, when a pasta sauce sale lines up with an available coupon, you might buy 10 jars of the pasta sauce. This habit can quickly lead to a massive surplus of items in your home that must be rotated and organized so you can access them, and often, food products become spoiled and are wasted. What can be even worse is that you may not have enough food storage in your home, and the items may start to encroach on your living space. 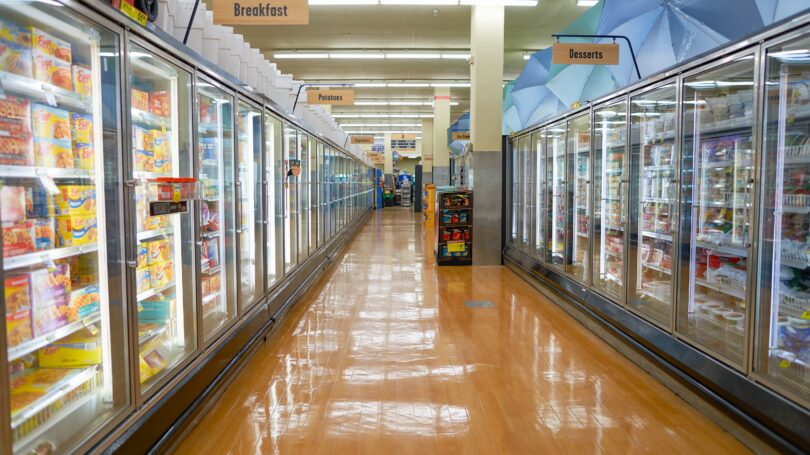 The practice creates another problem: You may find yourself compromising healthy eating. While you may hear that you can get deals on produce or even organic fruits and vegetables, the reality is that these kinds of deals are few and far between and they don’t provide the thousands of dollars of savings that you so often hear about from extreme coupon shoppers.

Instead, the vast majority of the coupons available are for junk food, ready-to-eat meals, frozen foods, and processed lunch meats. When you buy this stuff all the time instead of healthier foods, your health takes a backseat to saving money at the grocery store.

When I was an extreme coupon shopper, I would frequent forums and participate in discussions about the use of coupons. While I don’t do that anymore, I do watch extreme couponing shows occasionally.

One thing I’ve seen on these TV shows is that some people purposefully use coupons incorrectly. There are many ways to use coupons improperly, from photocopying Internet coupons, to using a coupon for a different product than it’s intended, to sharing coupons that are not supposed to be shared. This used to be a big issue for CVS, as the company would send out $4 coupons to new customers, who would then share the coupons on Internet forums to be used by countless people each week.

While I never participated in these practices, I could see how it would be tempting to do so – especially when caught up in the couponing craze. It is also pretty clear that such scams happen often, as numerous articles have appeared in mainstream news outlets about coupon abuse.

It may seem harmless to use a coupon to buy the wrong product or a sample size instead of a full-sized version. However, the fact is that someone, somewhere, may get in trouble or have to pay for your improper use of a coupon.

6. Couponing Can Become a Time-Consuming Obsession

Lastly, a major problem with couponing is that it can become a time-consuming obsession. To truly experience significant savings, you can’t have just a coupon or two – you need to get the coupon inserts every week. You need to buy multiple newspapers to have enough coupons to get several items for free, and you need to organize all of those coupons so you can access them when you need them. Many extreme coupon shoppers carry entire binders full of coupons.

Buying multiple papers, organizing the coupons, reading up on the deals, making shopping lists, going to multiple stores, and checking out while using 100 or more coupons can take huge amounts of time. Ultimately, it may not be time well spent if you are saving thousands of dollars on things that you don’t need and shouldn’t buy.

While using a coupon or two to buy a product you would buy anyway can be a good way to save money, extreme couponing is often a hobby that yields little except aggravation and the annoyed looks of other shoppers in the stores. Buying something you don’t need – or even acquiring it for free – isn’t a bargain. And extreme coupon shopping is a sport that encourages mass consumption for the sake of supposedly “saving” a few dollars.

What do you think of extreme couponing?