After oversleeping one morning, you stop at a cafe for some coffee and a muffin on the way to work. You take your food up to the counter and hand over a $10 bill, but instead of opening the register to get your change, the clerk says, “Sorry, we don’t accept cash.”

There are places all over the country in which this scenario could happen. There have always been some retailers, such as discount grocery stores, that don’t accept credit cards. Now, at the other end of the spectrum, an increasing number of stores and restaurants are accepting cards and digital payments while refusing to take cash.

For many retailers, it’s a precaution to limit the spread of germs during the coronavirus pandemic. But considering all the advantages going cashless can have for businesses, there’s a good chance the trend could stick around.

Why Some Stores Refuse Cash

Even before COVID-19, some specialty stores and upscale eateries had tried going completely cashless.

For instance, when Amazon first opened its experimental Amazon Go stores in Seattle, Chicago, and San Francisco, there were no checkouts at all. Instead, anything you carried out of the store was automatically scanned and charged to your Amazon account.

When the coronavirus outbreak hit, this trend accelerated. A study by payment processing company Square found that between March 1 and April 23 of 2020, the number of its users in the United States that were “essentially cashless” rose from 8% to 31%. In Canada, Australia, and Great Britain, cashless payments rose even more sharply.

The Problem With Cashless Stores

For many customers, having their favorite store go cash-free doesn’t make much difference.

Leo Kremer, owner of the Dos Toros chain, told The New York Times the vast majority of his customers were paying with their cards already. He says even customers who prefer to use cash have no problem with the change for the most part.

However, while cash isn’t the most popular way to pay these days, it’s far from dead.

A 2019 survey by the Federal Reserve Bank of Atlanta found that consumers use cash for about 1 in 5 transactions they make. Cash remains the third-most-popular method of making payments after debit cards and credit cards.

Consumers use cash for a variety of reasons. Some people carry cash only for special situations during which you can’t easily pay with a card, such as paying tolls. Some find it easier to control their spending when they pay with cash rather than credit cards.

Younger consumers may prefer cash because they don’t have credit cards or bank accounts of their own yet, and older ones sometimes prefer it simply because they’re used to it.

But “unbanked” consumers have the strongest reason to use cash. Unbanked people have no checking or savings accounts in their household. A 2019 survey by the Federal Deposit Insurance Corp. (FDIC) found that 5.4% of all U.S. households — more than 7 million households in total — were unbanked.

The No. 1 reason these consumers gave for not having a bank account was that they don’t have enough money to open one. Nearly half of unbanked consumers said this was one reason they don’t use banks, and more than one-quarter said it was the primary reason.

Being unbanked is most common among consumers with lower income or unstable income, people with less education, people of color, and working-age people with disabilities.

For these consumers, stores that don’t accept cash are a big problem because they leave them with no way to shop. In effect, these stores are discriminating against poorer consumers.

Of course, people in this group are unlikely to be dining at the kind of upscale eateries that are most likely to be cashless. But if the trend spreads to more mainstream chains, it could effectively shut these lower-income consumers out.

Why Going Cashless Is Legal

Some customers at cash-free chains find the new policy confusing. They occasionally try to argue that it’s not even legal, pointing to the line on paper money that reads, “This note is legal tender for all debts public and private.” And those aren’t just empty words. There’s a federal law, 31 USC Section 5103, to back it up.

However, the key word in that law is “debts.” Technically, you only owe a debt if you’ve already made a purchase and haven’t paid for it yet. But if you go into a convenience store to buy a cup of coffee, you haven’t bought the coffee until you’ve paid for it.

That means you don’t owe a debt, and it’s up to the store to decide whether to accept your cash as a form of payment.

The Treasury Department confirms this interpretation of the law on its website, saying, “Private businesses are free to develop their own policies on whether or not to accept cash unless there is a State law which says otherwise.”

However, if you’ve already bought something — for instance, if you’ve pumped yourself a tankful of gas and gone into the shop to pay for it — that’s a different situation. Then, the owner must accept your cash because you’re technically paying a debt.

If you think about it, there are already multiple situations in which it’s not possible to use paper money. For example, people seldom complain about parking meters that only take small change or tokens or online sellers who only accept credit card payments.

Likewise, there was little outcry when most airlines stopped accepting cash for in-flight purchases of food and drinks around 2010. (One man tried suing Continental Airlines over the policy, but as The Consumerist reports, his case was thrown out of court.)

Really, the only reason cash-free stores and restaurants seem odd to most shoppers is that we’re not used to them. But if this trend catches on more widely, attitudes will change along with store policies. Before long, cash-free stores could seem normal unless something happens to halt the trend.

What to Do About Cash-Free Stores

Going cashless clearly offers some significant benefits for stores, but it also clearly poses a big problem for some consumers. If you’re one of them, there are three things you can do about it.

1. Complain to the Store

Business owners want to keep their customers happy, and that’s especially true for service-based businesses like restaurants. Owners are likely to change their no-cash policies if they hear from enough customers who are upset about them.

For example, Thomas Nguyen, owner of the Houston-area restaurant chain Peli Peli, told the Los Angeles Times he changed his mind about going cashless after getting daily complaints about it.

David Silverglide, co-owner of the Split Bread sandwich shop chain in San Francisco, told The New York Times he changed his cash-free system after two years for the same reason.

Other restaurants have stayed cashless, but they’ve looked for other ways to accommodate customers who prefer to use cash.

For instance, Denyelle Bruno, president of the salad chain Tender Greens, told the Los Angeles Times that if customers fail to notice the no-cash signs and have no other way to pay, the restaurant simply gives them their food for free.

Since cash-free stores are primarily a problem for unbanked people, another way to approach the issue is to help them access other forms of payment.

According to the FDIC report, many unbanked people rely on reloadable prepaid cards, such as the Bluebird American Express card from Walmart. About 28% of unbanked households said they had used a prepaid card in 2019.

According to Consumer Reports, prepaid cards are easy to use. You can use them to make purchases just like a credit card or debit card, so they should pose no problem at cash-free stores.

However, Consumer Reports warns that some of these cards come with high fees, so customers should compare cards carefully before choosing one.

Another option for customers is cash gift cards. These cards have the logo of a major credit card, such as Visa or Mastercard, and you can use them anywhere they accept those credit cards. However, these cards also charge fees.

For instance, Gift Card Granny reports that all Visa gift cards charge a one-time fee when you buy them, which can be anywhere from 1% to 30% of their value. Most also charge inactivity fees for cards that remain unused for a year or more.

Massachusetts has had such a law on the books since 1978. However, the law doesn’t establish any penalties for businesses that violate it, and according to Boston magazine, it’s not really enforced anyway.

However, as cashless payments have grown more common, so have laws requiring businesses to accept cash. According to NPR, Philadelphia, San Francisco, and New Jersey all passed laws banning cashless businesses in 2019.

Unlike the one in Massachusetts, these laws come with penalties. In San Francisco, a store that violates the cashless ban more than once would face a fine of $1,000. In New Jersey, businesses would pay $2,500 for a first offense, $5,000 for a second offense, and still steeper penalties for additional violations.

Passing laws to force businesses to take cash is a realistic option, but it’s also a slow one. New Jersey’s law banning cashless retailers was first proposed in June 2018 and wasn’t enacted until the following March.

Complaining to the store and helping customers find other ways to pay seem like more promising approaches for the short term.

It would be nice if stores could find a middle ground on this issue, an approach that would let them enjoy the benefits of going cash-free without excluding unbanked customers.

One possible compromise could be to allow cash payments at only one register, similar to the one cash lane at a highway exit where all the other lanes require E-ZPass. That way, shoppers would have the option of paying in cash, but the long lines at that one register would give them an incentive to use their cards if possible.

With such an approach, stores would still have to handle some cash, but only occasionally. It could cut way down on the amount of time needed to count cash and make deposits, and stores would only need one cash register with an actual cash drawer. The risk of robbery would also be smaller because stores would have less cash on hand.

It’s not a perfect solution, but it could offer stores some of the benefits of going cashless without the downsides for their customers. 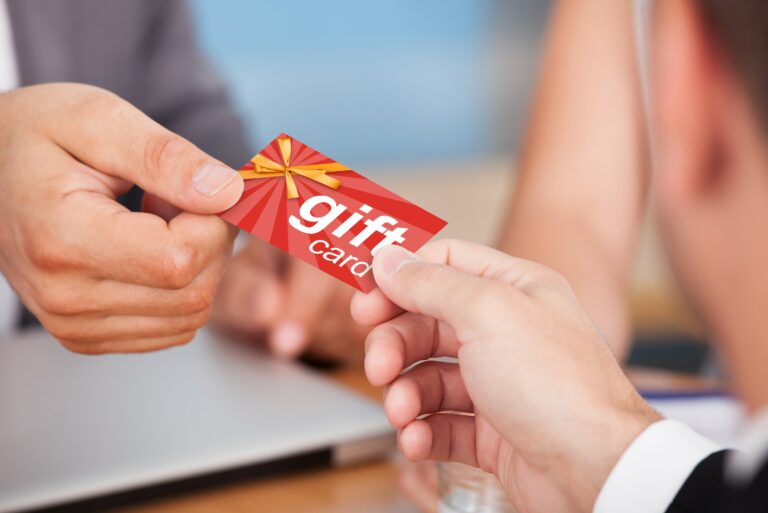 Shopping SavingStar Review - Get Cash Back With Grocery Rebates

Can I use gift cards to save money?

How and where can you cash a money order?