Standard and Poor’s (commonly known as S&P) is one of the most prominent financial intelligence companies in the world. S&P is a division of the McGraw-Hill Companies and has more than 150 years of experience providing financial services to investors worldwide.

Though the firm provides a number of financial research services, they are most widely known for their credit ratings.

S&P’s history can be traced back to 1860, when Henry Varnum Poor published “The History of Railroads and Canals in the United States.” Eight years later, Poor and his son founded H.V. and H.W. Poor Co, a firm dedicated to providing financial statistics on railroad companies. Within the next five years, Poor’s company became one of the leading firms on Wall Street. Later, in 1919, the firm was renamed Poor’s Publishing.

A few decades later, another financial visionary came forward with ambitions similar to Poor’s. Luther Lee Blake wanted to provide financial information to all companies, and in order to bring this dream to life, Blake created the Standard Statistics Bureau in 1906. While Poor created manuals of financial data on the railroad companies, Blake created 5×7-inch cards with financial news items. In 1913, Blake also started producing full reports on stocks and bonds after purchasing the Babson Stock and Bond Card System.

Over the next decade, Standard and Poor’s Corporation became a successful financial services company in spite of the economic challenges brought on by World War II only one year after their merger.

Following WWII, S&P recognized the opportunity to capitalize on recent advances in computer automation in order to expand their services and influence. They had been tracking an index of 90 stocks, but were interested in providing more comprehensive, real-time coverage.

In 1957, thanks to new technology, they were able to introduce the S&P 500, which tracked 500 publicly held companies on a weighted basis according to their market capitalization. Without major advances in the computer industry, tracking such a large index would not have been possible.

In the 1980s, Standard and Poor’s developed offices in London and Tokyo and became a global company. Today, S&P is one of the Big Three credit rating agencies. Presently, all three firms use slightly different rating scales that are based off of Fitch’s model. 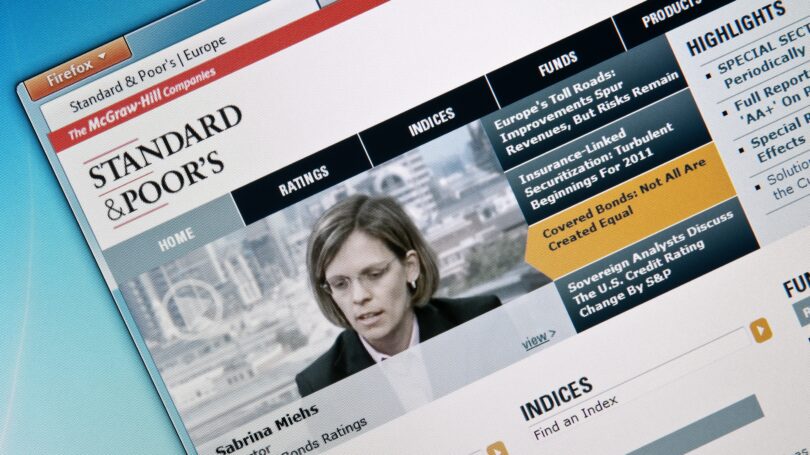 Details of the S&P Rating Scale

S&P developed the standard rating scale used by the other big credit rating agencies to rate both short- and long-term debt. Ratings can be particularly useful to understand the creditworthiness of bonds and bond issuers. However, they can also be used to gauge the overall financial health of a company, even if an investor is not interested in purchasing a bond. For example, someone who needs insurance could look to an insurance company’s S&P rating to understand how likely they are to be able to pay out a claim.

S&P classifies all debt-issuing entities they review according to the following scale:

Investment grade bonds issuers have a high capacity to repay their debt. However, borrowers will be rated as non-investment grade if S&P is more uncertain about their ability.

The rating scale for speculative grade bonds (which are generally higher yielding bonds due to the risk premium) is outlined below: 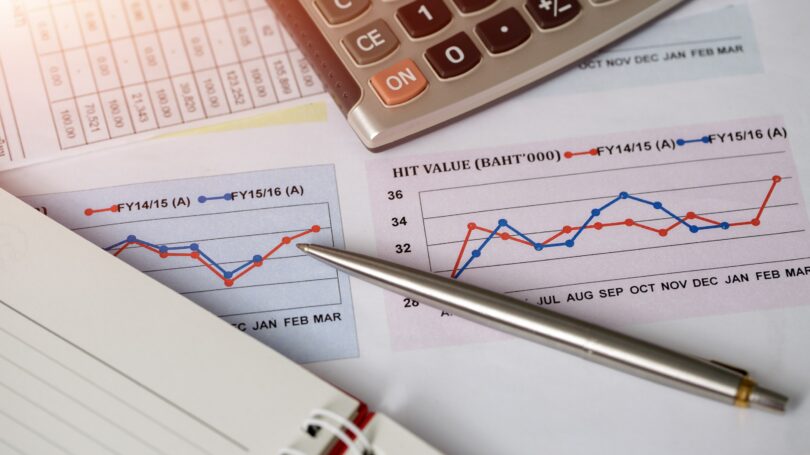 How S&P Differs From Other Rating Agencies

Although there are many similarities between the ratings scales used by S&P and the other credit rating agencies, S&P has a different philosophy and methodology. Namely, S&P is only focused on the likelihood that a borrower will default.

Other rating agencies, such as Moody’s, are interested in the potential losses an investor will face. When these agencies conduct ratings, they evaluate how long it may take for a borrower to default. Also, they consider the loss investors will face if a default occurs.

For example, Moody’s will give borrowers a higher rating if a default will not be very costly to investors. However, S&P is only focused on the probability of whether a default will occur.

The difference between the models explains why ratings for the company can vary significantly between rating agencies. This difference can be obvious in sovereign debt ratings, which partially explains why S&P downgraded the United States after the debacle on raising the national debt ceiling, while Moody’s and Fitch did not.

According to Reuter’s columnist Felix Salmon, S&P does not position itself as an investment adviser. Unlike Moody’s and Fitch, it does not give investors an overall view of the risk attached to a debt instrument. Instead, it merely provides investors a snapshot of a borrower’s likelihood to meet its debt obligations.

Rating agencies specialize in assessing the creditworthiness of businesses, so investors place high emphasis on their opinion as they attempt to establish the level of risk associated with a debt instrument. These investors place particularly high regard on the opinion of the most revered rating agency in the world: S&P.

Not surprisingly, investors may pay closer attention to debts that have been upgraded by S&P and may dump bonds that have been downgraded. Moreover, S&P’s opinion can substantially influence the morale of investors all over the world, as evidenced by the market performance after S&P downgraded the United States sovereign debt.