What Is Relationship Selling – How to Be a Good Salesperson

Dale Carnegie’s book “How to Win Friends and Influence People” was published in 1936, and is one of the best-selling self-help books of all time with an estimated 15 million copies sold. Some have called the book the bible for building relationships for its insights into human nature.

The principles espoused by Carnegie continue to be valid almost a century later. Why? Because human nature doesn’t change. Each of us wants to feel important and special, and we are naturally drawn to those who make us feel better about ourselves – they are the kind of people we want to be like and be around.

Relationships are especially important in selling products or services and retaining clients. S. Anthony Iannarino, a consultant who works with sales organizations, is blunt about the link between sales and relationships, stating that a salesman is “first and foremost a relationships manager.” The process of using the tools of relationship building to foster sales is generally referred to as “relationship selling.”

In the modern world, people are constantly and continually barraged by other people trying to sell them a product or service. New technology that educates, entertains, and brings us closer means that solicitations – letters, email, Internet ads, catalogs and flyers, phone messages, and television ads – occur around the clock. As a consequence, potential purchasers are wary of product claims and suspicious of the person sponsoring the product. We grow hard shells and practice selective hearing to protect our pocketbooks and our sanity, lowering our guard only to those we trust.

Relationships begin with acquaintances, some of which progress to friendships and fewer still to trusted partners. Relationships evolve as trust grows, ruled by the sense of value that each party imparts to the other. Conflicts invariably arise between two parties, and the ability to resolve conflicts is the test of a relationship. Many salespeople are conflict-adverse and are unable to handle a buyer’s resistance, perhaps because they doubt the value of the products or services they offer to the potential purchaser.

Dictionaries define selling as “persuading or inducing someone to buy, while Wikipedia defines the act of selling as “to trick, cheat, or manipulate someone.” As a consequence, potential purchasers have learned to be wary of product claims and suspicious of the person sponsoring the product. Carnegie, recognizing the impossibility of trying to convince a stranger to buy something he or she neither wants nor needs, stated, “There is only one way under high heaven to get anybody to do anything. Did you ever stop to think of that? Yes, just one way. And that is by making the other person want to do it. The only way I can get you to do anything is by giving you what you want.”

Dr. Armin Falk, an economist at the university of Bonn, proposed a “theory of reciprocity” in the February 2006 issue of “Games and Economic Behavior” in which he proposed that people invariably reward kind actions and punish unkind ones. He claims that people evaluate the kindness of an action not only by its consequences, but also by its underlying intention. His theory explains why results and outcomes tend to be fair (satisfactory to each party) when both parties are mutually active, and unfair when one party coerces the other. Though some might say that the findings were commonsense, the theory is the foundation for relationship selling.

Not everyone is born with a personality that allows them to easily meet and captivate people. Some of us are more reserved, even timid, when meeting new people. However, even the shyest among us can build close and long-term relationships – not being what we’re not, but by being who we are. It is not a person’s ability to make people laugh, but their willingness to be honest and share themselves that enables a lasting, trusting relationship. These are the same traits that charismatic people practice.

While relationships can develop quickly, they rarely blossom overnight. Trusting relationships usually require face-to-face meetings since humans generally require visual cues before deciding how we feel about another person. For example, we are generally wary of telephone salespeople or email solicitations because we lack visual feedback to confirm their veracity. We evaluate people through a variety of physical signals – visual and aural signatures – which we then compare to various stereotypes we have developed over our lives. Our appearance, facial expression, verbal tones, and mannerisms generate an initial impression which we either reinforce or replace over time with our actions.

The Importance of Empathy

Empathy is the ability to step into the other person’s shoes and see things from their perspective. Some scientists believe that humans have a natural tendency to empathize, as evidenced by one infant’s distress when another infant cries. However, it is a tendency that must be nurtured, a skill to be learned and improved upon all of one’s life if it is to be fully developed.

Why is empathy important in relationship selling? As a salesperson, it is impossible to solve a problem or create delight in your customer’s mind if you do not understand what he or she is feeling. According to a 1964 study reported in the Harvard Business Review, “A salesperson simply cannot sell well without the invaluable and irreplaceable ability to get a powerful feedback from the client through empathy.”

The importance of empathy has not dissipated or been dislodged in the past 50 years. Jayson M. Bayers, executive director of the Division of Continuing Professional Studies at Champlain College, reported that developing empathy can “break down barriers and open doors” – it is the force that moves things forward.

While empathy is difficult to fake, it can be developed and practiced. Effective listening is an important component of empathy, as well as vulnerability. Revealing our own feelings, sharing stories of common experience, and finding shared interests are vital to creating trust, mutual understanding, and an empathetic bond.

Relationship selling involves a combination of empathy and problem solving. While empathy allows you to better understand your customer’s problems, the ability to provide credible solutions to those problems is just as important. 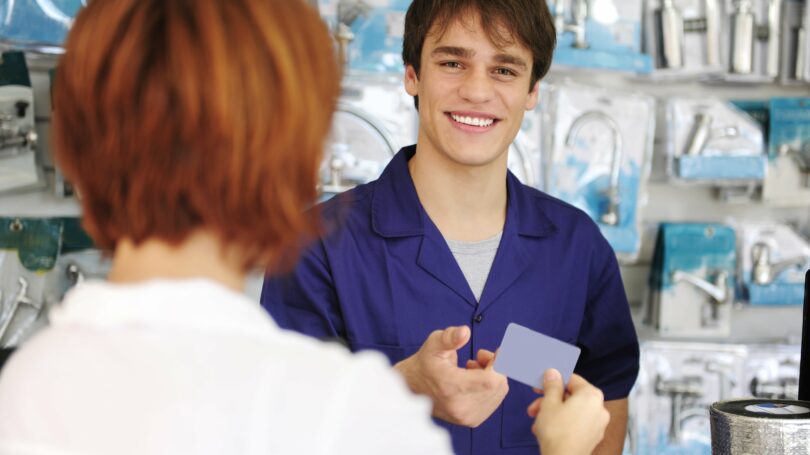 Practicing the following keys of relationship selling can increase your sales and reduce stress. You are also likely enjoy your job more and appreciate your customers to a greater degree.

Before meeting someone for the first time, look at yourself in the mirror. Is that person staring back at you someone you would like to meet or be willing to trust? The cost of your clothes, the style of your haircut, or your height or gender are less important than cleanliness and neatness. A scruffy or disheveled look may be appropriate at a club or on an athletic field, but it rarely conveys the proper impression in an office.

Good habits to develop so that you may create a positive first impression include:

There are few things more frustrating than speaking to someone who is not listening. Sometimes, they are focused on other things – a ringing phone, a television set – and, sometimes, they are thinking about what they want to say next, visibly impatient to open their mouths and begin. Stephen R. Covey, author of “The Seven Habits of Highly Effective People: Powerful Lessons in Personal Change,” expressed the truth when he said, “Most people do not listen with the intent to understand; they listen with the intent to reply.”

You can become a better listener by doing the following:

If you’re in a sales situation where the potential buyer’s needs are complex, don’t hesitate to make notes after explaining that you want to be sure you understand his or her position so you can think about the best solution. Remember that active listening is a skill that can be improved with practice – and practice begins with self-awareness of your behavior and habits.

3. Give More Than You Take

In the fast-paced business world, spare time is a rare commodity. As a consequence, everyone manages their time, especially their contacts with others, to best achieve their professional and personal goals. Unless you are someone that can provide value to them, the likelihood of being able to present your products or services is low.

Jill Konrath, sales strategist and author of “Selling to Big Companies,” advises her clients to:

Be willing to offer value even when you are not compensated. For example, telling a client that a competitor’s product might better fit his needs or providing an introduction to a valuable contact is a tangible demonstration of trustworthiness and honesty, and helps build a reservoir of trust. It is similar to putting money in the bank for a future withdrawal. The best clients are the ones who return again and again to purchase your products. The best way to ensure that they return is to ensure they leave with the feeling that they got more in value than they paid. 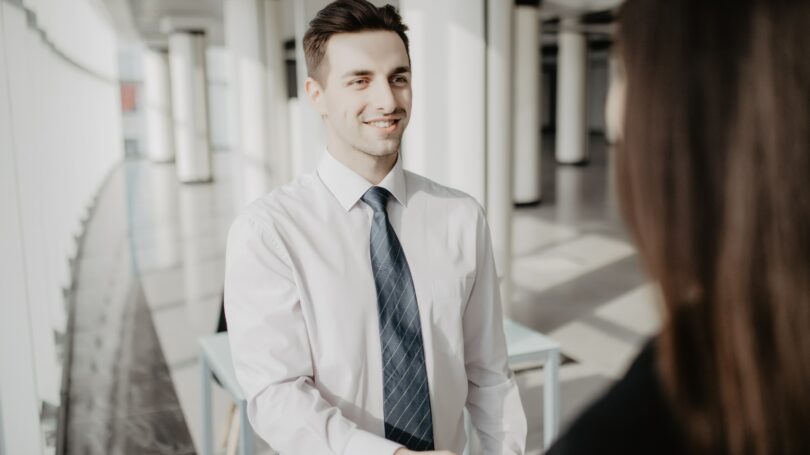 If you want to enjoy a long and lucrative career selling a product or service, you should embrace the philosophy and proven techniques of relationship selling. Building relationships and creating value are mutually reinforcing activities that will lead to sales success and personal satisfaction. In short, practicing relationship selling will produce more sales, allow you to work with people whom you like, increase your earnings, and earn greater respect and recognition as a true professional salesperson.

What additional tips can you suggest to building relationships with clients and customers?