Every day, roughly 10,000 American baby boomers reach retirement age. But are they financially ready for retirement?

Beyond the obvious retirement mistake of not saving enough, the greatest retirement risk for Americans with a nest egg is sequence risk. Yet few people have ever heard of it.

Little wonder however, because it’s a counterintuitive idea few people talk about outside financial planning circles. Even so, preparing for sequence risk — or failing to do so — can make or break your nest egg in retirement.

What Is Sequence of Returns Risk?

Sequence risk, or sequence of returns risk, is the risk that the stock market crashes early in your retirement.

Why does this matter, you may ask? After all, over the long term, equity returns average out to 10%, right?

It turns out that for retirees, the order or “sequence” of those returns matter just as much as the long-term average. If a portfolio has a decade or so of positive gains, it reaches a critical mass where it can withstand losses from both withdrawals and price dips.

However, when you’re only selling stocks, not buying them, a crash is all downside for you. Your portfolio drops dramatically in value, and you end up selling low to cover your living expenses without the ability to gain by buying low. You also have to sell more of your stocks to generate the same amount of income, which means selling off your nest egg shares at a faster rate.

How much can you safely withdraw from your retirement savings each year? It depends on how long you want your nest egg to last, as well as the returns in the first decade of your retirement.

Many financial experts recommend following the 4% rule when it comes to retirement withdrawal rates. The concept is simple: If you withdraw no more than 4% of your nest egg every year, it should last for at least 30 years. In other words, 4% is a safe rate at which to withdraw money from your portfolio for a 30-year retirement.

For you to recover to your initial $1 million nest egg in the next year, the stock market would need to rise by 52% before you take next year’s living expenses out of it. By the time the recovery hits, your portfolio will have seen massive losses because you’ve been selling so many stocks to produce the same amount of income. You don’t get to buy the dip; all you can do is sell it for losses.

An Example of Sequence Risk

Say you retired on January 1, 2000, with $1 million invested in an index fund that tracks the S&P 500. Assume you followed the 4% rule and withdrew $40,000 in your first year of retirement, then adjusted the withdrawal upward by 2% every year to account for inflation. How would your nest egg perform over the next 15 years?

Dramatically, as it turns out. Simply by swapping when those returns occurred, your ending portfolio balance in 2014 would be over three times higher — $890,871 instead of a measly $273,438.

Here’s how the numbers play out over 15 years in both scenarios:

In both scenarios, the average annual returns are the same. The only difference is the order of those returns.

To demonstrate the relationship between sequence risk and withdrawal rate, imagine two identical twins, each of whom retires at the beginning of 2000. They each follow the same investing formula as above: a $1 million nest egg invested in a fund tracking the S&P 500.

One twin withdraws a conservative 3.5% each year, while the other lives large on a 5% withdrawal rate. Here’s how the higher annual withdrawal rate changes the portfolio performance:

At a 3.5% withdrawal rate, the more frugal twin still has $414,400 in their portfolio by the end of 2014. The big spender ran out of money, a doomsday event in retirement planning.

Clearly, your spending in retirement has an enormous impact on the risk of your portfolio going belly up before you do. But besides lowering their withdrawal rate, what else can new retirees do to protect against sequence risk?

Nobody knows when the next stock market crash will hit. It could come tomorrow, or it could be many years away. However, while you don’t have control over stock investment returns, you can still make sure you’re prepared for a market crash early in your retirement by doing the following.

Retiring from your full-pay, full-stress, full-time job doesn’t mean you have to stop working entirely. You could keep working part-time on your own schedule, or work full-time doing something different that you love.

There are plenty of good reasons to keep working after you retire. You stay engaged. You stay in touch with your work-related social life and connections. Perhaps you can even keep your health insurance.

Financially, working during retirement provides another source of income, leaving you less dependent on your nest egg. If the stock market crashes, you can lean on the income from your job instead of selling off your stocks at fire-sale prices.

Check out these fun post-retirement jobs and gigs for your early years of retirement.

Remember, the example numbers above assumed 100% of your retirement funds were invested in a fund tracking the S&P 500. That’s hardly a diverse investment portfolio.

In financial planner William Bengen’s research, from which he formulated the 4% rule, he ran his numbers with a 60/40 equities-bonds asset allocation. His sample portfolios were split between 60% stocks following the S&P 500 and 40% invested in intermediate-term U.S. government bonds.

Even among stocks, investors can diversify into a blend of small-, mid-, and large-cap funds. You don’t have to invest only in U.S. stocks and mutual funds, either. Instead, try investing in a mix of U.S. and international stocks and exchange-traded funds (ETFs).

And your investment options don’t end with stocks and bonds. You can invest in rental properties, real estate crowdfunding, private notes, real estate investment trusts (REITs), private equity funds. Other retirement income options include annuities, which insure against outliving your nest egg, and of course bonds.

Sequence risk is the risk of a major market crash in the first few years of retirement. So, why not ensure income from sources other than equities during those vulnerable early years?

Working is a great option, but it’s not the only one. Another option for low-risk income early in retirement is a bond ladder. It sounds technical and complicated, but it’s not. A bond ladder is simply a series of bonds bought strategically so that each set reaches maturity at a different time and you get your principal back over a planned period of time.

In addition to the interest, you’ll receive $10,000 back every year for the next 10 years. If the stock market suffers a correction, you can put that bond principal toward living expenses and avoid having to sell off equities at low prices. Alternatively, you can reinvest the principal or set it aside in cash.

4. Be Flexible With Your Spending

One way to protect against sequence risk is staying agile so you can slash your spending on command. If the stock market crashes 30% the year after you retire, you want to sell as few stocks as possible during the crash.

If you had to, could you live solely on your other sources of income, such as bonds, rental properties, and Social Security benefits?

Early in your retirement, you may want to keep a larger emergency fund than usual. If the worst happens and your portfolio is hit by a market downturn, you can live on your cash savings rather than sell during the crash.

Granted, keeping money in cash comes with an opportunity cost. It sits idle, losing value to inflation instead of working hard for you. But the peace of mind may be worth it in the critical first few years of retirement.

By the time they retire, many Americans have built substantial equity in their homes. If needed, they could draw on that equity to see them through a stock market crash.

One option is a home equity line of credit (HELOC). Homeowners can have the line in place, unused, in the event of an emergency. They can then draw on it as needed to minimize withdrawals during a stock market crash.

A second option is a reverse mortgage. While reverse mortgages come with their own drawbacks, they can add another source of income to see you through a stock market collapse.

I also keep several unused low-APR credit cards as another line of defense against true emergencies.

As you prepare your own retirement plan, simply being aware of sequence risk puts you ahead of the crowd.

While you’re still working, take advantage of tax-protected retirement accounts, such as 401(k)s and IRAs. The less money you lose to taxes, the faster your nest egg will grow. If you’re eligible, push those tax advantages even further with the saver’s tax credit.

With each year of positive stock market returns in retirement, your portfolio becomes less susceptible to sequence of returns risk. Eventually, it reaches a critical mass where ordinary recessions and bear markets pose virtually no threat as long as you maintain your safe withdrawal rate.

Speak with a financial advisor for personalized advice about your finances and situation. With enough spending flexibility and other sources of income, you’ll be able to sleep soundly at night no matter how wildly the stock market fluctuates. 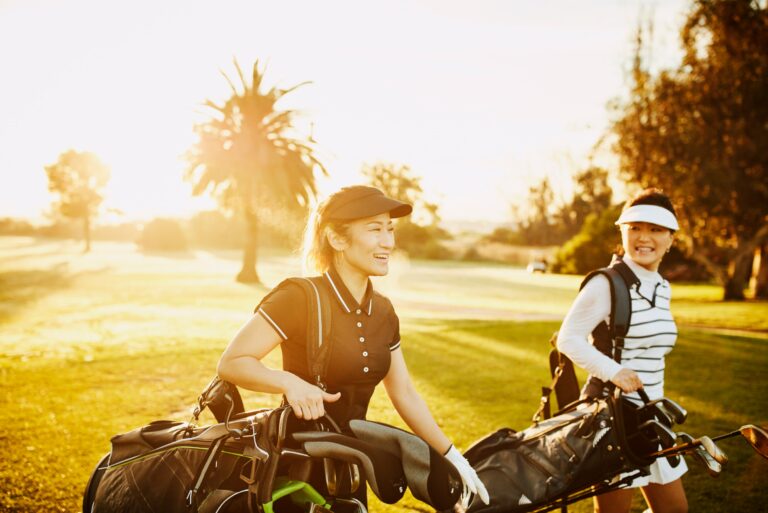 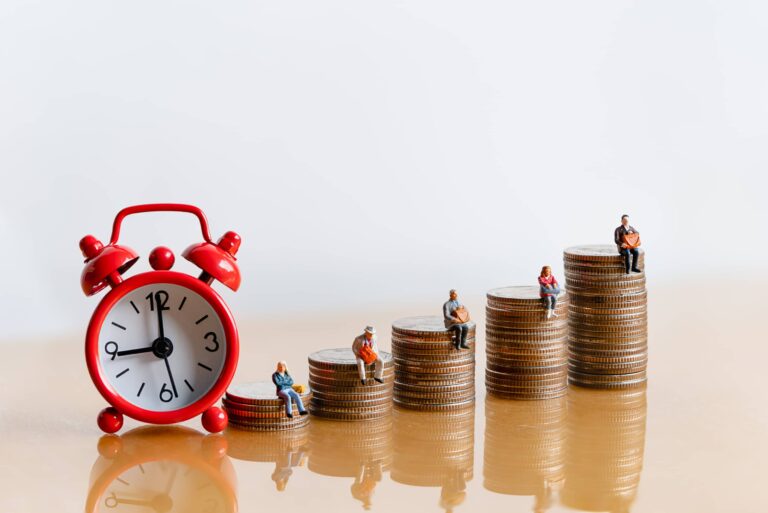 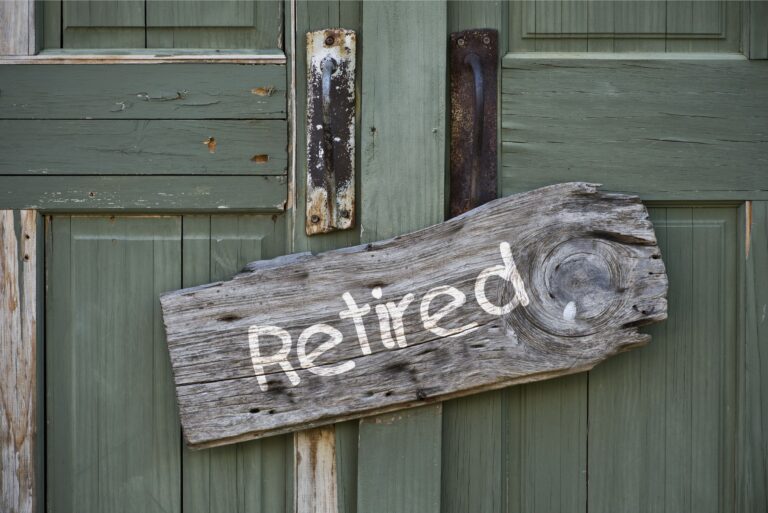 How much can I safely draw from my retirement each year.

What smart money moves should I make in my 60s?