Tattoos & Piercings in the Workplace – Is It Okay?

The Princeton Tiger growls from former Secretary of State George Schultz’s backside, a ship’s anchor decorated the right arm of the UK Prime Minister Winston Churchill, and a family crest on the chest of President Franklin D. Roosevelt sustained a family tradition.

Obligatory for rock stars, body art (tattoos and piercings) has infiltrated genteel society, increasingly visible on bodies of all ages and walks of life. “Getting ink,” once the province of sailors, soldiers, and penitentiary inmates, has escaped the boundaries of skid row, moving to college campuses and Main Street: According to a study from the Pew Research Center, almost 4 of 10 people between the ages of 18 and 40 proudly sport one or more “tats,” a 400% increase from prior generations. One in 20 people have multiple body piercings (excluding ear lobes) from their head to the more intimate parts of their bodies. The explosion of skin decorations, punctures, and untamed hair colors and styles presents business owners and HR departments across the country with a challenge: “Can we trust these people if we hire them?”

Showing a tattoo or a body piercing makes a statement, intentional or not, about the wearer. Public opinion polls consistently show that the general public has a negative image of people with multiple, visible tattoos or extreme body piercings. It is one thing to have a dainty mushroom tattooed on the edge of your shoulder blade, and quite another to have a flaming skull glaring from your forearm, even though the skull is your college fraternity’s symbol.

If you have a visible tattoo or an unusual piercing, you become a walking stereotype, begging strangers to judge you. While in some cases, the opinion you get is the one you seek, it is overwhelmingly negative in most business environments.

Despite the opinions of pop psychologists and business consulting gurus, rebels and freethinkers do not fare well in most business environments. A business owner or a company manager wants to work with people who can take directions and follow rules, who fit in and don’t make waves. Body art, however, screams, “I am different!” In competitive markets where image and customer service are paramount, there is little reason to hire or promote a person who goes his or her own way or may turn into a problem once hired.

According to a study by CareerBuilder, 60% of employers will not hire candidates with tattoos or body piercings. The same study indicated that tattoos were the third most common reason used by employers not to promote an employee, just behind bad breath.

A Case of Discrimination?

Even though tattoos and piercings are more popular, their attraction is limited almost exclusively to people under the age of 40. Most business leaders and company managers are older and decidedly more conservative. Tattoos, to an older person, are more likely to conjure images of jails and drunkenness than youthful indiscretion, and facial piercings are apt to be associated with skinheads, outlaws, and outcasts, none of which are likely to be sought after by an employer.

People with tattoos and piercings are not protected under employment rules, so unless your art is religiously necessary, don’t expect any sympathy from a recruiter or boss when you complain about discrimination.

Where Body Art Is Accepted

Despite the misconceptions some employers may have of those with tattoos, there are careers and companies that accept and even welcome those who have body art. Tattoos and piercings are popular in the creative arts – music, painting, writing, acting – as well as in athletic, design, and culinary fields. When asked whether tattoos would automatically eliminate a job applicant from kitchen employment consideration, Four Seasons Vice President Guy Rigby responded, “You can’t find a chef that doesn’t have a tattoo these days.” Technology companies wishing to project a hip image or a sense of edginess accept individualism better than Fortune 500 companies and other large employers.

But there is a limit. According to Psychology Today, as much as we like to think of ourselves as individuals, we are driven to fit in – which usually means going with the flow.

Things to Consider Before Getting a Tattoo

As statistics show, getting a tattoo is predominately a youthful practice; you find very few people in their 40s getting their first tat or nose ring. It is also a practice that should be undertaken only after considerable forethought.

1. Tattooing and Body Piercing Carry Some Health Risk
According to the American Association for the Study of Liver Diseases, there is a strong association between tattoos and hepatitis C, as people with hepatitis are three times more likely to have tattoos. In addition, there is the possibility of skin infections, scar tissue, allergic reactions to the tattoo dyes, and future complications during magnetic resonance image (MRI) exams. In most states, you must wait at least 12 months after the piercing or tattooing before donating blood.

2. Tattooing Can Be Painful
Since everyone has a different pain threshold, experiences during tattooing or piercing vary. The degree of pain one experiences is often due to one’s expectations before the event, and what some people describe as excruciating may be a mere annoyance to others. The site of the tattoo and the amount of time required to complete the process are important factors to consider. Parts of the body that are thin-skinned or are near a bone or joint (spine, chest, foot) are more painful than fatty or muscular areas like the shoulders, arms, or upper back. An average tattoo takes approximately two hours to ink, which is a long time to grit your teeth.

3. Tattoos Are Permanent
Even though the colors may fade and the designs become indecipherable in later years, tattoos last a lifetime. While that cute little pansy or the flowing script of a girlfriend’s name might be a beautiful piece of art in your 20s, it will not remain vibrant as you age and your skin stretches, sags, and mottles. According to a British survey, almost one-third of people regret having gotten a tattoo. Former Spice Girl Mel C., rapper 50 Cent, and actor Mark Wahlberg are just a few of the many celebrities who have undergone the painful and expensive process of tattoo removal.

How to Minimize the Impact of Body Art in the Workplace

If you determine, despite the disadvantages, to get a tattoo and you want to minimize the impact upon your employment future, you should follow several guidelines:

1. Choose a Small, Noncontroversial Design
Large tattoos are expensive, require multiple sessions of painful needling, and are difficult to conceal. Start small and wait several months before adding a second one to be sure you’re comfortable with the result. Don’t get offensive words or pictures anywhere on your body – you will not be 20 forever. If you are ashamed to show the art to your mother, you are probably better off without it.

2. Ensure the Tattoo Parlor Has the Necessary Permits and Follows Proper Procedures
Tattoo and piercing parlors are highly regulated by most (but not all) state health departments. The storage and use of tattooing equipment, the process of tattooing, and the condition of the building are regulated, although inspections to ensure compliance may be sketchy.

Be aware that tattoo inks, while subject to FDA oversight like cosmetics, are not regulated and may be unsafe, particularly those that glow or have bright pigments. A good practice is to talk with other patrons of the artist about his or her materials and their experience before undergoing the tattoo procedure.

3. Get a Tattoo That Can Be Easily Covered
Don’t even think about putting a tattoo on your face unless you are Mike Tyson or a Maori warrior. Hands and fingers are another no-no, as well as forearms, unless you are willing to wear long-sleeved shirts and gloves on every job interview. The same holds true for piercings – don’t have your teeth filed into points, horns inserted into your forehead, or stretch your earlobes to Coke bottle diameters.

1. Cover it
While stereotyping tattooed and pierced people may be unfair, it is neither illegal nor rare. Successful job candidates mirror the appearance and mannerisms of their interviewers who are likely to be middle-aged, conservative, and lacking tattoos, body piercings, or unusually colored hair. Your normal clothing should cover most tattoos, and any remaining visible ones can be handled with make-up or bandages. Leave the piercings at home during work or a job interview.

A sign of maturity is choosing the battles you wish to fight. Why take a risk that has no return?

2. Remove It
According to Dr. Eric Bernstein, laser expert and associate clinical professor at the University of Pennsylvania,”There’s been a significant increase in the number of patients who desire tattoo removal for career advancement or for employment reasons.” Studies indicate laser removal is up 32% from 2011 to 2012, and many tattoo artists, not wanting to miss a business opportunity, offer removal services.

Unfortunately, the cost of laser removal is high and requires considerable time over multiple sessions. The average cost to get a tattoo is around $200; removing it can require 5 to 10 sessions at up to $500 each.

3. Seek Employment Where Appearance Is Unimportant
If you’re heavily tattooed or have extensive body piercings that cannot be removed, you’re probably not a good candidate for a position where public interaction is necessary. Seek employment where you will be accepted as you are and feel good that you did it your way.

Body art is a controversial subject and is likely to remain so in coming years. Once viewed as a sign of rebellion, it is becoming the norm for the younger generation. Perhaps the following generation seeking their own way to stand apart from their parents and grandparents will proclaim their nonconformity with the absence of tattoos and body piercings.

In the meantime, if I were to reconsider the removal of my own tats, I could recall the words of Amber, a young woman who underwent tattoo removal: “It [laser removal] is the most painful experience – a million times more painful than getting the tattoo. It feels like someone is pouring bacon grease on my skin over and over again in the same spot. It’s expensive and painful and takes forever.”

Do you have a tattoo or piercing? Has it affected your career? 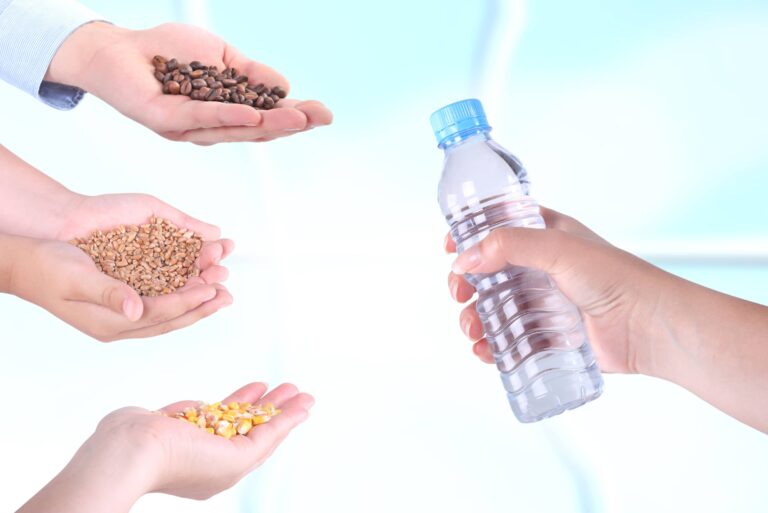 Health and Fitness What Are E-Cigarettes - Risks, Regulations & How They Work