In less than two decades time, the Internet has changed our lives immeasurably. Among altering nearly every other aspect of our lives, from shopping, to communication, to receiving news, the Internet has affected the way business has evolved. Many established businesses and start-ups have made millions off of the Internet, and many more hope to do the same.

However, entrepreneurs’ overly optimistic expectations of the potential of the Internet created the infamous “dot-com bubble” (also known as the “Internet bubble”) of the latter half of the 1990s. Another bubble may be on the way if we are not careful.

Understanding the Internet Bubble of the 1990s

During the late 20th century, the Internet created a euphoric attitude toward business and inspired many hopes for the future of online commerce. For this reason, many Internet companies (known as “dot-coms”) were launched, and investors assumed that a company that operated online was going to be worth millions.

But, obviously, many dot-coms were not rip-roaring successes, and most that were successful were highly overvalued. As a result, many of these companies crashed, leaving investors with significant losses. In fact, the collapse of these Internet stocks precipitated the 2001 stock market crash even more so than the September 11, 2001 terrorist attacks. Consequently, the market crash cost investors a whopping $5 trillion.

On the whole, in the mid- to late-’90s, society’s expectations of what the Internet could offer were unrealistic. From individual dreamers to major corporations, Internet entrepreneurs were enamored with dreams of becoming dot-com millionaires (or billionaires). By and large, these entrepreneurs were inspired by companies like Amazon, eBay, and Kozmo. Of course, for every company that grew to be a multi-million dollar business, hundreds of others failed.

Many investors foolishly ignored the fundamental rules of investing in the stock market, such as analyzing P/E ratios, studying market trends, and reviewing business plans. Instead, investors and entrepreneurs became preoccupied with new ideas that were not yet proven to have market potential. Furthermore, they ignored the blatant signs that the bubble was about to burst, as indicated by Larry Elliott, economics editor of “The Guardian.”

Factors That Led to the Dot-Com Bubble Burst

There were two primary factors that led to the burst of the Internet bubble:

The world’s largest bank, HSBC Holdings, conducted research on the P/E ratios of newer, tech-savvy companies. According to their findings, these newer companies were overvalued by 40%. In fact, the only way these stocks could have been properly valued would be if their revenues grew by 80% a year for five years. However, this would probably have been an impossible standard for any company to meet, given that even Microsoft only averaged a little over 50% a year.

It seems as though perhaps the world did not learn its lessons from the first Internet bubble. The introduction of social media has led to a new Internet obsession which may be turning into another dot-com crisis. Four major players are contributing to this foreboding dot-com surge.

1. Facebook
Facebook has been valued as being worth $84 billion, and may be valued at $100 billion when the stock goes public. However, this valuation does not seem to be supported by valuation tools such as the dividend discount model, which states that the value of a company should be based on its current and future net income.

To illustrate this point, consider that last year Facebook bragged that its advertising revenues were about $1.86 billion. However, they never disclosed the company’s profit, which was likely much lower than the advertising revenues. Therefore, it’s hard to believe the company is worth almost $100 billion when it’s net income was probably 100 times less.

2. Twitter
Twitter is another social networking company that is struggling to get by. Twitter has not found a meaningful method to earn a profit, even though it has more than 200 million active users. In the meantime, it is kept afloat by contributions from investors. Some people have gone so far as to speculate that Twitter is actually a Ponzi scheme.

However, investors don’t seem to take earnings into account when they value Twitter. In fact, Silicon Valley valuations put Twitter’s worth between $8 and $10 billion, despite the fact that it has no meaningful revenue stream.

3. LinkedIn
LinkedIn just recently went public this past year. During the IPO, LinkedIn’s stock was issued for $45 a share. Today, its stock is trading at more than $90, indicating that investors are expecting a high rate of return from their shares.

Unfortunately, there is evidence that the company may be headed for a bubble, just like many of its peers. First of all, LinkedIn operates on a small profit margin and brought in less than $2 million in profit in 2010. However, despite its modest profits, LinkedIn was valued at $9.6 billion on its first day of trading.

4. Groupon
Groupon has been a very successful deal-of-the-day website, but its profitability may be waning. Although Groupon has generated more cash than many other Internet companies, the popularity of its services and future revenues may not be very promising.

For the most part, concerns regarding the long-term profitability of Groupon largely stem from the fact that many merchants are dissatisfied with the results of the Groupon model. In fact, 40% of companies using Groupon said they would not use the site again, and only a little more than half actually profited from their arrangement with the deal-of-the-day provider.

Therefore, Groupon may be in serious trouble if it doesn’t find a way to provide better results for its clients, as evidenced by the fact its share price recently fell below the $20 IPO price, which is almost half of its 52-week high.

Considering that the last Internet bubble cost investors trillions, getting caught in another is among the last things an investor would want to do. In order to make better investment decisions (and avoid repeating history), there are important considerations to keep in mind.

1. Popularity Does Not Equal Profit
Sites such as Facebook and Twitter have received a ton of attention, but that does not mean they are worth investing in. Rather than focusing on which companies have the most buzz, it is better to investigate whether a company follows solid business fundamentals.

Although hot Internet stocks will often do well in the short-term, they may not be reliable as long-term investments. In the long run, stocks usually need a strong revenue source to perform well as investments.

2. Many Companies Are Too Speculative
Companies are appraised by measuring their future profitability. However, speculative investments can be dangerous, as valuations are sometimes overly optimistic. This may be the case for Facebook. Given that Facebook may be making less than $1 billion a year in profits, it is hard to justify valuing the company at $100 billion.

Never invest in a company based solely on the hopes of what might happen unless it’s backed by real numbers. Instead, make sure you have strong data to support that analysis – or, at least, some reasonable expectation for improvement.

3. Sound Business Models Are Essential
In contrast to Facebook, Twitter does not have a profitable business model, or any true method to make money. Many investors were not realistic concerning revenue growth during the first Internet bubble, and this is a mistake that should not be repeated. Never invest in a company that lacks a sound business model, much less a company that hasn’t even figured out how to generate revenue.

4. Basic Business Fundamentals Cannot Be Ignored
When determining whether to invest in a specific company, there are several solid financial variables that must be examined, such as the company’s overall debt, profit margin, dividend payouts, and sales forecasts. In other words, it takes a lot more than a good idea for a company to be successful. For example, MySpace was a very popular social networking site that ended up losing over $1 billion between 2004 and 2010.

5. Correlation With the Stock Market Is Key
In order to evaluate the relationship between the company and the stock market, evaluate the company’s beta coefficient. The beta value is a historical correlative coefficient stating the degree to which the stock changes with the economy. For example, a beta value of 0.5 would indicate that for whenever the market increases, the stock increases by half as much.

However, Internet companies and other technology stocks tend to have much higher than average beta coefficients (much greater than 1.0), and as a result, they tend to face significant losses during a recession. Therefore, you should consider the potential volatility and economic trends before you invest in an Internet stock.

New technology almost invariably creates a bubble. Even though it is easy to get caught up in trends such as social media, blogging, and e-commerce, it is important to not be caught up in the hype when making any investment. Instead, remember past mistakes, and realize that the potential to lose money by investing in a potential bubble still exists.

There is nothing wrong with investing in Internet companies. But approach them the way you would any other potential investment – with an eye on their balance sheet and profitability, rather than the surrounding buzz.

Do you think we are heading toward another Internet bubble? 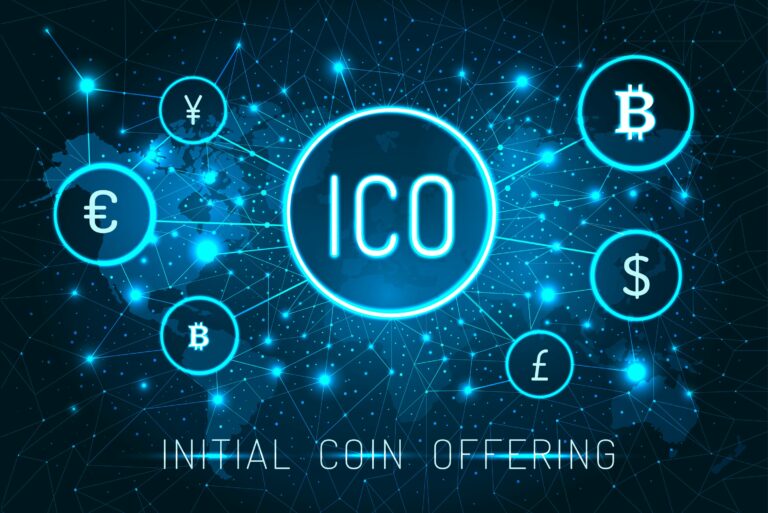 Invest Money Initial Coin Offerings (ICOs) - What Are They & Should You Participate?

Invest Money Why the Stock Market Could Crash at Any Time - Investors, Beware

Invest Money Most Hyped Investments of the Last 20 Years

Technology What Is the Dark Web - Who Uses It, Dangers & Precautions to Take