What Is the Real National U.S. Unemployment Rate?

Between March and April 2020, amid the unrelenting COVID-19 pandemic, the United States’ unemployment rate shot up more than 10 percentage points to 14.7%, according to the U.S. Bureau of Labor Statistics (BLS).

The unemployment rate has since fallen closer to historical averages, but the increase in unemployment levels at the start of the pandemic was the sharpest in the history of the Department of Labor’s unemployment data series, which dates back to 1948.

The official unemployment rate reached its highest levels since the Great Depression when roughly 1 in 4 American workers were on the dole. And the labor force participation rate, the measure of working-age civilians actively working or seeking employment, dropped to its lowest level since 1973.

Yet these sobering figures could understate the extent of the pandemic-induced downturn. For years, experts have argued convincingly that the real rate of unemployment is much higher than the Department of Labor reports each month.

As is often the case with statistical measurements involving hundreds of millions of individuals operating in a dynamic environment, the reality is much more complicated than a single number can convey.

To understand the limitations of the headline unemployment rate published by the federal government each month and the flaws in the underlying calculations, we first need to understand how the Department of Labor defines and measures labor force activity.

How Is the Unemployment Rate (Jobless Rate) Calculated?

The federal government uses a reasonably straightforward (though resource-intensive) methodology to measure the number of working-age people who qualify as unemployed each month.

While this methodology has inherent flaws and fails to capture the full extent of unemployment, it establishes an important baseline for the public’s understanding of the labor market.

The process begins with a household survey known as the Current Population Survey (CPS).

Each month, usually during the week that includes the month’s 12th day, interviewers from the Census Bureau call or visit 60,000 households containing about 110,000 individuals on average.

The CPS’s definitions of “employed,” “unemployed,” and “labor force participation” are clear-cut:

The Census Bureau then uses the results of the CPS to calculate the official U.S. unemployment rate for the survey month.

The sum of the employed plus unemployed is the total number of labor force participants. You don’t include labor force nonparticipants in the calculation.

Here’s an example. The BLS conducts a survey of 60,000 households that yields 110,000 respondents. In their survey, they find the following results:

According to the gathered data, the unemployment rate in this case is 14.3%. You calculate it as follows:

The 40,000 people the government doesn’t classify as in the labor force aren’t involved in the calculation, even though this number likely includes those who need work and would gladly take a job if offered one.

To estimate the actual number of American workers who qualify as unemployed during the survey period, they scale the result up in proportion to the total U.S. population.

This weighting, which involves complex statistical calculations, ensures a much more accurate result than an unweighted sample of 60,000 random U.S. households.

According to the BLS, which publishes the final unemployment calculations, there is a 90% chance that the estimated total number of unemployed workers, which ranges from about 7 million to 15 million during normal economic cycles, lands within about 300,000 of the actual figure.

Despite its nominal accuracy, the unemployment rate is not a perfect measurement of the overall health of the labor market.

Its most notable flaws include the fact that it intentionally leaves millions of potential workers out of the labor force and a simplistic definition of employment that fails to account for earnings, hours worked, and other measures of living wage employment.

1. The Household Survey Is a Snapshot in Time

The Census Bureau’s household unemployment survey is a monthly snapshot in time, not a continuous reading of labor market conditions.

That isn’t a fatal flaw in normal times, but it can result in misleading data in more extraordinary periods.

For example, the official unemployment rate for March 2020 (4.4%) vastly underestimated the scale of job losses due to widespread closures of nonessential businesses during the second half of that month as the coronavirus pandemic set in.

2. Millions of People Don’t Participate in the Labor Force

As a percentage of the total population of eligible working-age individuals, the labor force participation rate has ranged from 60% to 65% for many years.

Were all labor force nonparticipants included in unemployment rate calculations, the number of officially unemployed Americans would increase by tens of millions, with the exact jump depending on actual labor force participation and size at the time.

That would significantly increase the unemployment rate.

3. The Household Survey Isn’t Guaranteed to Be Accurate

But these tools are no substitute for a comprehensive census of more than 100 million U.S. households, which would be prohibitively expensive and labor-intensive to run each month.

4. Not All Employed Individuals Survive Off Income From Employment

Not all workers earn enough to support themselves on income from employment alone.

Even when they earn some employment income, millions rely on financial support and housing assistance provided by parents, other relatives, spouses, charitable organizations, or government assistance programs.

These workers, who often work part time or for minimum wage, are considered underemployed.

Other full- or part-time workers, especially those in sectors like agriculture and tourism, earn significant income on a seasonal basis only and withdraw from the labor force or work sporadically during the low season.

5. Not All Workers Fall Into Neat Employment Categories

Some people fall into more than one employment category within a relatively short time frame and even within individual monthly survey periods.

For example, while students are typically left out of the workforce, a high school student who begins looking for a job becomes part of the workforce and is subsequently classified as unemployed until finding one or ceasing their search.

6. Some Workers Classified as Employed Probably Shouldn’t Be

Some workers are more secure in their employment than others.

Job insecurity (when a worker is technically still employed or engaged in an income-producing activity but might not be for very long) occurs for a variety of reasons. Some of the most common include:

The actual unemployment rate is difficult enough to calculate accurately.zAchieving a complete picture of the overall strength of the labor market, to say nothing of the American workforce’s fiscal health, is significantly more challenging. There are several reasons for that.

Limitations of the Headline Unemployment Rate

Among the greatest weaknesses of the headline unemployment rate is its subjectivity. Although the Census Bureau and BLS have definitive answers for each of the following questions about the unemployment rate, they aren’t ironclad.

Instead, they’re products of a deliberative process that could have very easily produced different results.

Alternatives and Supplements to the Headline Unemployment Rate

The headline unemployment rate produced by the CPS is just one measure of the relative strength or weakness of the labor market. As we’ve seen, it’s not exactly nuanced.

Fortunately, many other federal and state measures of labor market activity exist. There are multiple well-known and useful alternatives and supplements to the monthly unemployment rate.

CES-derived payroll figures are more volatile than the CPS-derived unemployment rate. They’re prone to double-counting workers (as millions of part-time workers engage in multiple income-producing activities, be they part-time jobs or side hustles).

States generally measure internal unemployment by summing up the number of labor force participants currently receiving unemployment benefits. It’s a good measure of unemployed workers who don’t expect to be rehired by their former employers.

But since unemployment benefits are temporary, it’s an imperfect means of measuring the ranks of long-term unemployed, who continue to look for work after their eligibility for benefits expires.

The labor force participation rate measures the share of the total U.S. working-age population currently engaged in the labor market (either employed or actively looking for work).

Since 1948, labor force participation has ranged in a narrow band between about 58% and 67%, so small changes presage significant changes in the labor market.

Informally, it’s known as the U-6 rate.

The BLS defines “persons marginally attached to the labor force” as those neither working nor looking for work but who are willing to work, able to work, and have looked for work within the past 12 months. Workers employed part time for economic reasons are workers who settle for part-time employment because they’re unable to find full-time work.

Because it’s consistently several percentage points higher than the U-3 rate, the U-6 rate is a far more comprehensive measure of labor market weakness. It has a plausible claim to the elusive title of “real unemployment rate.”

It’s easy to see how the headline unemployment rate produced by the CPS can be misleading. In moments of candor, even the hardworking professionals responsible for producing it each month would tell you that it’s far from perfect for measuring the overall state of the U.S. labor market, let alone the broader U.S. economy.

But even these metrics can’t tell us much about what it’s like to be employed. And if you’re among the millions of newly unemployed Americans struggling to find work in the wake of the coronavirus pandemic, you’re probably less focused on statistics and more focused on opportunities to make the best use of your unemployment. 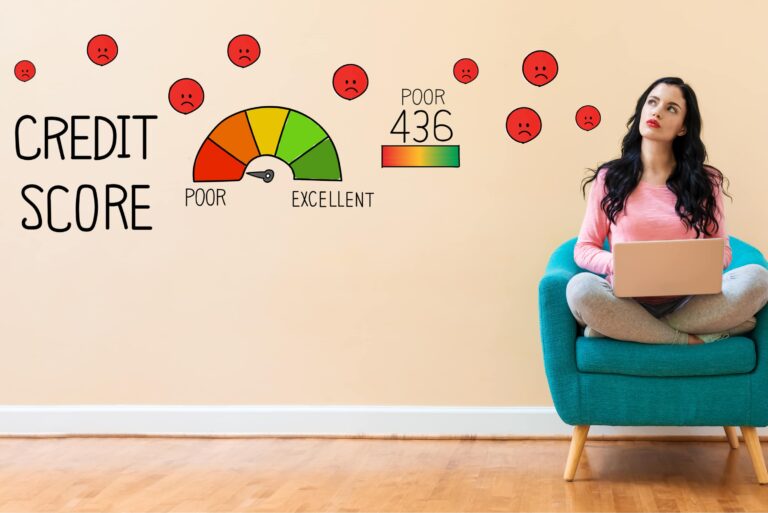 Borrow Money What Is Your State of Credit? - Report from Experian 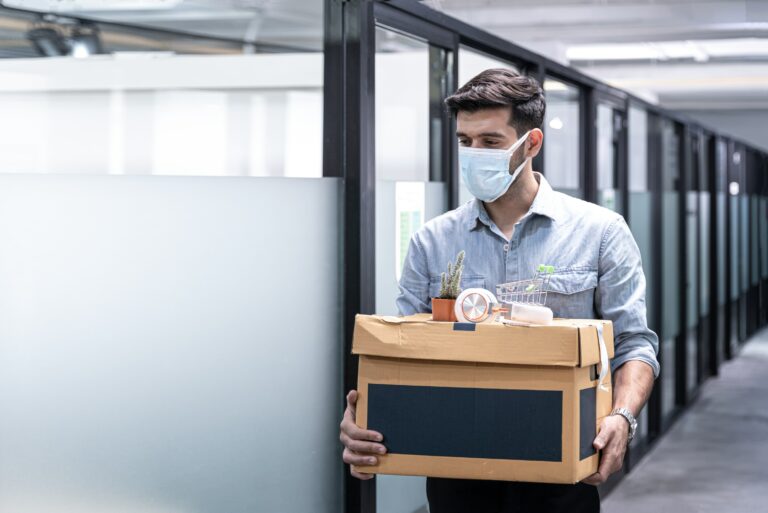 What unemployment benefits are available during the COVID-19 pandemic?