Americans who pay Social Security taxes for at least 40 quarters of employment are entitled to retirement benefits. The amount you receive depends on the taxes you paid and your number of years of enrollment. In addition, spouses are entitled to Social Security payments, which are equal to one-half the benefit earned by a working spouse.

For example, if Tom is entitled to a monthly benefit of $2,000, his wife Mary would be entitled to one-half of Tom’s benefit, or $1,000. Collectively, the couple could receive $3,000 whenever they are both at full retirement age. Even if Mary has worked and earned her own benefits, she can choose to take whichever benefit is greater – her own, or half of Tom’s. This flexibility and the one-time option to switch from a spousal benefit to a personal benefit – or vice versa – provides extraordinary opportunity to maximize Social Security payouts.

The right to receive spousal benefits is even more valuable in retirement planning when you consider the following options available to Social Security beneficiaries. Making the right decisions can significantly increase monthly benefits, as well as the total funds received over a lifetime.

Under Social Security regulations, your “normal retirement age” is the statutory age established by Congress at which you or your spouse can receive normal retirement benefits. For example, if you were born in 1960 or later, it is age 67.

Social Security allows primary beneficiaries and their spouses to begin receiving reduced Social Security benefits at age 62. However, the monthly benefit amount is reduced for each month before normal retirement age.

The following examples illustrate the reduction in benefits due to taking an early retirement distribution:

The benefit amount, once established, would remain unchanged except for cost-of-living increases for all future payments. Due to the severe reduction in benefit amounts, electing early distribution can be a costly decision.

Social Security provisions allow you or your spouse to delay benefits past your normal retirement ages, a valuable option if you are able to afford it. For each year up to age 70, your benefit increases 8% per annum. So if Mary is due to receive $1,000 at age 67, that figure increases to $1,240, or 24%, if she waits until age 70.

Keep in mind that if you were born in 1960 or later, there is no financial benefit in delaying receipt of your benefits past age 69. The monthly benefit increase is capped at 24%.

If people want their spouses to receive Social Security but want to defer their own benefits, they could file for and subsequently suspend payments. For example, Tom could apply for his benefit at age 66, thus triggering Mary’s right to a spousal benefit. Rather than taking his own benefit, Tom could suspend payments until age 70 in order to get the higher deferred amount. Mary could begin receiving her monthly spousal benefit immediately while deferring her own benefits until a later date. In this case, the ability to “switch” from spousal benefits to one’s own benefit is critical in maximizing the total received.

The election to “file and suspend” is particularly important in the following scenarios:

Having good health and an expectation of longevity is essential if you decide to use the “file and suspend” strategy. When you defer payment, you’re taking a gamble that you’re going to live long enough to “break even” from a cash flow standpoint.

Bill and Jane have three options:

These decisions are often complicated and depend upon the unique circumstances of each couple. If you’re at all unsure which distribution option is right for you, consult a financial advisor.

Calculations of Social Security benefits can be complicated depending upon the earning records of each spouse, and the age at which they begin drawing benefits. Before making a determination for your retirement, consider the following.

The Health of Each Spouse

Social Security benefits continue until the month after the death of the recipient. Poor health of one or both spouses should affect your decision about when to begin benefits. For example, a high-earning spouse in poor health may elect to defer taking payments past normal retirement age in order to maximize the widow or widower benefit. Conversely, the best decision may be to take benefits early in order to enjoy time together.

Other Retirement Assets and Income

Deferring your Social Security benefits provides a significant market return of 8% annually. From 1928 to 2013, the average return for the S&P 500 has been 11.50%, according to the Federal Reserve database in St. Louis. However in the last 10 years, market volatility has ranged from a loss of 36.55% to a profit of 32.15%. For some people, an 8% return is a secure and welcome option.

In cases where one spouse has earned considerably more than the other, the benefits may be significantly different. For example, if Tony spent his career in accounting, he may be entitled to a monthly benefit of $1,800. However, his wife Pam may have worked as a pediatrician and is entitled to benefit of $2,400. This difference allows most couples to manage their benefits to best fit their needs, whether for maximum income now or in the future.

Tony and Pam have a variety of options when they begin their benefits at retirement age, including these two:

Deciding which spouse takes the spousal benefit may initially be based upon life expectancies and projected benefit amounts. For example, at age 67, a woman is expected to live almost two and a half years longer than a man. Your calculations should consider the effect upon widow or widower benefits.

Deciding when to begin Social Security benefits should only be done after careful analysis. The total benefit for two people can easily amount to hundreds of thousands of dollars, and a wrong decision can be expensive. Seeking counsel from a certified financial planner is recommended.

When deciding how to apply for benefits, a couple should consider the following:

Matt and Sylvia are age 67, their normal retirement ages. Matt, a former executive, is entitled to receive $2,300 monthly, while Sylvia, an employee of a local charity, is entitled to $1,500 per month. Both partners are in good health and likely to live as long or longer than their projected life expectancies.

Here are their choices of distribution:

According to the SSA, in August 2014 there were more than 40 million Americans receiving retirement benefits, totaling $52 billion per month. Social Security accounts for 38% of income for all seniors in the U.S, and for one in three, the benefit makes up almost their entire income. By any measure, these benefits have a substantial impact on the security and comfort of America’s seniors.

Knowing the rules and regulations and taking the time to consider how best to maximize your benefits can be incredibly rewarding. Contact your local Social Security office to understand your rights, and visit a certified financial planner to take a look at your options.

Do you have a plan to maximize your Social Security benefits? 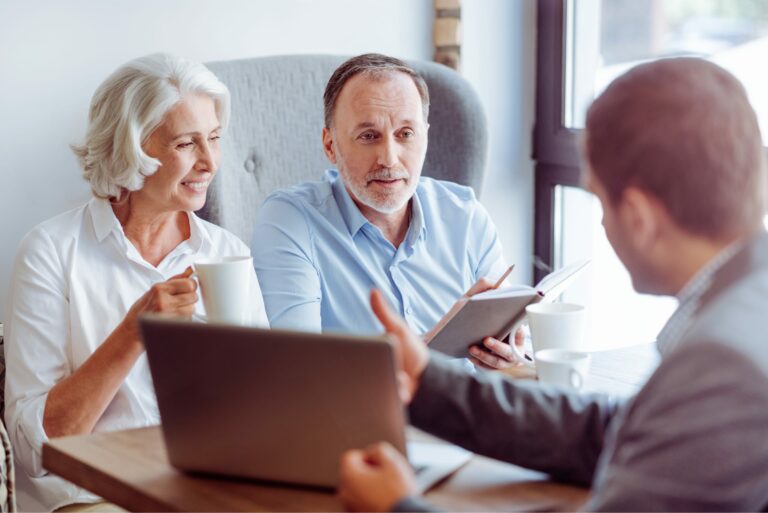 Retirement What Is a Spousal IRA - Rules, Eligibility & Benefits

What is a trust fund, and how does it work?

What is a Keogh plan and how does it work?